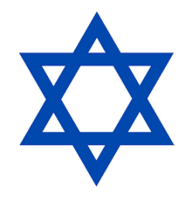 WESTPORT, CONN On Sunday, October 4th, 2020, Seymon Ostilly, loving husband to Lynne and father of Dane and Emma Ostilly passed away at the age of 80 after a long battle with Dementia. Seymon was born in Doonside, South Africa. Seymon had a love for Rugby and played throughout his childhood and twenties constantly being written up in the local news for his lightning speed. After he matriculated from Durban High School he did a year training in the South African Air Force. At the age of 19 Seymon was awarded a scholarship that he hoped would help fulfil his dream as a commercial artist in film and television. He then immigrated to London in the late 60s and began his advertising career. When he finally returned home to South Africa he met and quickly married his bride Lynne Ostilly in 1976 and there adventure to America began. He was able to achieve that dream years later when he had a successful career as a Creative Director at Lord Geller Federico on Madison Ave with clients ranging from IBM, New Yorker and Loreal. He had the biggest heart and adored his family more than anything in this world. He had a love for photography, art, cars and sports. Most importantly, he always tried to make everyone around him laugh. Seymon was preceded in death by his father, Ernest, and his mother, Betty and brother Basil. He is survived by his wife Lynne, his two children, Dane and Emma, his sister Merle in Israel and many nieces and nephews around the world. A private funeral service will be held on Thursday, October 8th, 2020 at Willowbrook Cemetery in Westport. Please feel free to donate to the Alzheimer's foundation in Seymon Ostilly's name. Flowers and donations can be sent to Lynne directly. The Abraham Green & Son Funeral Home of Fairfield directed the arrangements.