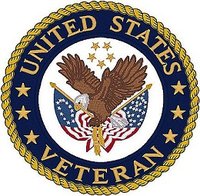 TRUMBULL, CONN Robert J. Bascom (“Bob”) lived a happy and full life, centered around his love of family, for 96 years. He passed away in his sleep on October 27, 2020, after battling a series of strokes. Bob’s life is emblematic of the “Greatest Generation” who survived the Great Depression, World War II, and enjoyed post-war prosperity. Bob was born in Middletown, CT on January 3, 1924, and grew up savoring the pleasures of rural CT life. He graduated from high school in 1942 and went off to college, but attendance was cut short by World War II. A proud veteran, Bob enlisted in the Navy in 1943 and served for three years as a specialist in the preservation of governmental records in the event of nuclear war. That assignment gave him a front row seat to the advent of the nuclear age. In late 1944, while on assignment in Washington D.C., he found himself in the offices of the Admiral who was the naval liaison to the Manhattan Project. It was there he met Ruth Glaser, who had joined the war effort, also from Connecticut, and had been assigned to work with the Admiral. After a short courtship, they married in February 1945, weeks before Bob was shipped out to the Pacific. After the war Bob went to college on the GI Bill, and eventually moved to Long Island with his family. In 1955, Bob’s work in the private sector led him to the Yucca Flats in Nevada, where the Atomic Energy Commission was conducting a series of nuclear tests. Bob’s job was to assess how records and equipment might be saved. That experience had a lasting impact on him, which he was eager to relate to those whom he met later in life. Bob’s career led him to the early days of sales and marketing of computers, and he held positions with the industry leaders of the time. Bob’s warmth, protective nature and calm demeanor were beloved by his family. A description of Bob’s character would not be complete without noting his resilience and indomitable spirit, which helped guide him and Ruth through life’s difficulties and health scares. This optimism is best characterized by Bob's favorite expression: “things are going in the right direction," always said with conviction, no matter how dire the circumstances. This optimism is his legacy to his children and grandchildren. Left to cherish his memory is his beloved wife of 75 years, Ruth Glaser Bascom; his daughters Donna Bascom and husband Paul Biddelman of Manhattan and Goshen, CT, and Barbara Crocker (“Bobbi”) and husband Russell Crocker of Westport, CT; and his adored grandchildren, Sari Biddelman, Flip Biddelman, Jonathan Crocker and Gregory Crocker A graveside service was held on October 29th at Willowbrook Cemetery in Westport, CT.