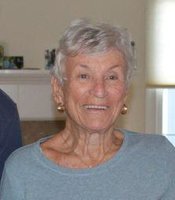 NORWALK, CONN Rosalie ( Rosie) D. Hoyland, 82, of Norwalk, died on Nov. 28, 2020 at Norwalk Hospital after a brief illness. Born in Bridgeport, the daughter of the late Frank and Catherine (Simna) DellaVecchio, she was the loving wife of Albert I. Hoyland for 56 years. Rosie was predeceased by her brother Frank DellaVecchio. Rosie is survived by her husband Albert, children Michael Hoyland of Stamford and Kimberly Hoyland-Devaney and her husband Martin, grandsons Ryan and Conner of Southport, her brother Edward DellaVecchio of Huntington, CT, Patricia Russell of Beacon Falls, CT , her sister in-law Lorraine DellaVecchio of Bridgeport and many nieces and nephews. Rosie grew up in Bridgeport and had moved to Norwalk after she married. Rosie formerly worked for SNET in Bridgeport and in later years retired from Pepperidge Farm of Norwalk. Rosie was charismatic and a force to be reckoned with. For those who knew her held her in high regard. Rosie's joys in life were the beach, Jersey shore summer vacations, bingo, casinos and spending time/spoiling her grandchildren. Funeral services will be held privately with burial at Willowbrook Cemetery in Westport on Friday, December 4th, 2020. In lieu of flowers, memorial donations may be made to the Norwalk Hospital Foundation (Whittingham Cancer Center), 34 Maple Street, Norwalk, CT 06856.