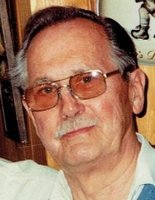 TRUMBULL, CONN Robert J. Adams "Schultz" formerly of Fairfield CT, passed away peacefully on Tuesday, November 10, 2020 at his home in Trumbull CT surrounded by family. He was born on March 6, 1924 in Bridgeport CT to Edward Stevenson and Ella Wilson Stevenson. After relocating and growing up in Pennsylvania with his foster parents, Edward G. and Helena Adams, he joined the US Army in 1943, serving in Central Europe and Northern France during WWII. After being discharged from the service in 1945 he worked for the Stars and Stripes in Germany until the end of the war. Upon returning to the States he met and married his wife Anna D. (Ryan) Adams and for 63 years stood by her side until she passed in 2013. During those 63 years together Bob was the Commander of the VFW Post 6933 in Darien CT, Worshipful Master of the Masonic Harmony Lodge #67 in New Canaan CT, a small engine mechanic for numerous business in New Canaan, Darien, Monroe and Stratford as well as a bartender at the Beachside Cafe in Fairfield. He is survived by his sons Scott E. Adams and his wife Karen and Wayne R. Adams both of Trumbull CT. His four grandchildren, Amanda Ore and her husband Billy, Scott Adams Jr. and his wife Robin, Elizabeth Rainville, all of Florida and Eric Adams and his fiancé Danielle of Fairfield. As well as his 5 great grandchildren, Stella and Marshall Ore, Emma and Riley Adams and Robbie Hall (Rainville). He was predeceased by his wife and multiple brothers and sisters from the Stevenson and Adams families. Friends may call on Friday, December 4, 2020 from 5-8 PM in the Spear-Miller Funeral Home, 39 South Benson Rd. Fairfield CT. Burial will be private. In lieu of flowers the family asks that memorial contributions be made to the Alzheimer's Association. Bob was a wonderful father and friend who will be deeply missed by all that knew him. Interment will be held privately on Tuesday, December 8, 2020 at Willowbrook Cemetery, Westport.