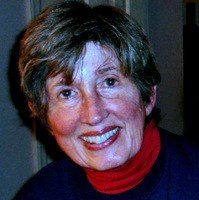 REDDING, CONN Dr. Constance ("Connie") Lawrence, a longtime resident of Weston, Connecticut, and most recently, of Redding, died on February 27th at the age of 89 after a long illness. Connie was the founder and former director of the Christian Counseling Center in Norwalk. Connie was born in 1931 in Jamaica, New York, to Lucille (Roberts) Breivogel and William G. Breivogel. Connie grew up in Summit, New Jersey. Her mother was a homemaker. Her father, a self-taught engineer, worked for Bell Laboratories and was responsible for several patented inventions, including the rotary telephone dial. After graduating from college, Connie worked in Manhattan as an executive assistant. She met John B. ("Jack") Lawrence Jr., on a commuter train, and they married within a few months. They had three daughters—Pamela, Nancy, and Amy. The family moved from Summit to Weston in 1973. Once her daughters were older, Connie went back to school, receiving a Ph.D. in psychology from the Union Institute and University. In 1980, she founded the Christian Counseling Center with a vision of providing affordable counseling services that incorporate Bible-based principles with traditional psychotherapy. Although the center treats clients of all backgrounds, as Connie once explained, "a person of faith has an additional asset to help deal with their problems. A lot of people carry guilt, for example. When I show them it says in the Bible that sins are forgiven, for many people that is a huge help." Connie also had a private practice through which she counseled clients in individual, marriage and family therapy. She regularly taught classes, gave presentations and published articles on emerging topics in psychology and Christianity. She was an active member of St. Paul's Episcopal Church in Darien and, more recently, St. Paul Lutheran Church in Westport. Connie's greatest joy was spending time with her children and grandchildren. She also loved time spent with friends, walks with her cocker spaniels, summers on Cape Cod, rosé lunches and listening to Frank Sinatra. She was preceded in death by her husband, Jack. She is survived by her daughters, Pamela Constance Lawrence (Endreny) of Sleepy Hollow, New York, Nancy Anne Lawrence (Case) of Raleigh, North Carolina, and Amy Jane Lawrence (Killy) of Bridgeport; sons-in law, Ray Endreny and Ned Case; grandchildren, Melinda, Kelly Jr., Tiffany, Kasper, Theo, Cassidy and Cecilia; granddaughter-in law, Kerri; and three great-grandchildren. A graveside service will take place on Thursday at 2:00 p.m. at Willowbrook Cemetery in Westport. In lieu of flowers, the family requests contributions to the Christian Counseling Center, 3 Lewis Street, Norwalk, CT 06851. Harding Funeral Home of Westport is directing arrangements.