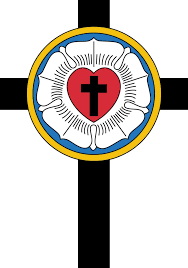 Elfrieda “Freddie” Van Orsdel, 95, a longtime resident of Norwalk passed away peacefully surrounded by her loving family on Thursday, June 15, 2017 at Nathaniel Witherell in Greenwich.

She is the wife of Robert W. Van Orsdel and lived in Norwalk since 1962. She was born on November 7, 1921 in American Falls, Idaho, daughter of the late Ludwig K. and Christina Radke Adolf.

She attended Idaho State University and was employed by First Security Bank of Idaho. Freddie was an active member of St. Peter Lutheran Church where she taught Sunday School and sang in the choir for many years. She was also Council Secretary and served on the Boards of Evangelism and Deacons.

In addition to her husband Robert of 63 years, she is survived by her son Brian Tod Van Orsdel and his wife Alicia and their son Liam Tomas of New York City and her daughter Leslie Van Orsdel Eddy and her husband John Eddy of Cos Cob, CT, as well as several nieces and nephews.

Besides her parents, Freddie was predeceased by a sister, Amanda Sherman of Kimberly, Idaho and a brother Arthur Adolf of American Falls, Idaho.

In lieu of flowers, the family requests that donations be made in Elfrieda’s memory to the Capital Fund, St. Peter Lutheran Church, 208 Newtown Avenue, Norwalk, CT 06851.

To send flowers to the family or plant a tree in memory of Elfrieda Van Orsdel, please visit Tribute Store
Thursday
22
June