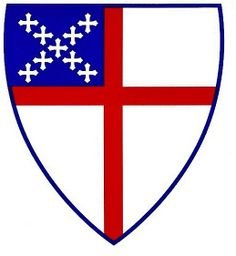 Jean M. Crawford, of The Watermark, Bridgeport, CT died February 22, 2019 at the age of 91. She is predeceased by her husband A James Crawford III (1924-2015). She is survived by her children, Janice C. Hanson (Jeffrey) of Englewood, Colorado, Dr. James M. Crawford (Aleta) of Manhassett, New York, and the Rev. Canon Dr. Lee A. Crawford (Anne) of Plymouth, Vermont. She is also survived by four grandchildren and three great-grandchildren.

Mrs. Crawford was born in 1927 in New York City, New York and was raised in Westport, CT. She was a graduate of Staples High School, Westport (1944) and Wellesley College (1948), where she majored in Mathematics/Chemistry. Immediately after graduation from college, she worked at Sloan Kettering Hospital, New York, in the Department of Clinical Investigation, as a published investigator in the study of the biological effects of radiation. In 1950, she married Arthur James Crawford, III of Bridgeport, CT, an infantry veteran of World War II (European theatre) and Reserve Officer of the U.S. Armed Forces. They settled in Fairfield, CT, where they resided for 60 years. In 2013, she moved to The Watermark.

Mrs. Crawford was a loyal and dedicated volunteer for Fairfield area organizations for six decades. She volunteered for the Red Cross and at various Fairfield schools, including co-establishing for 1960-1963 a parent-run Physical Education program for Timothy Dwight Elementary School in Greenfield Hill. She co-established for 1961-1966, first a Greenfield Hill Brownies troop and then a Girl Scouts troop. Beginning in the 1950's, she served as a volunteer first at Bridgeport Hospital and starting in 1994, at Norwalk Hospital where she volunteered until 2009.* This included serving as Chairwoman of the Norwalk Hospital Ambulatory Surgical Volunteers, and helping with the Art Therapy Program. Her cherished blue volunteer's jacket with its medals of service, 3500 hours midst others, was one of her treasured possessions. Over a period of 30 years (1970's to 1990's) she was Treasurer for the Junior League of Bridgeport and for The Near & Far Aid Association of Fairfield. In the 1970s and 1980s, she also worked as Bookkeeper at the Fairfield Women's Exchange in Southport, CT.

Mrs. Crawford was a long-time member of the Fairfield Beach Club, including helping to establish the club Swim Team in the 1960's, and the Pequot Yacht Club, crewing on various craft from Maine waters to the Virgin Islands. She was active into her 80's in recreational sports, especially skiing, playing tennis and sailing. She was an accomplished photographer, beginning in college and then as an award-winning photographer in her Fairfield-based camera club. She was fiercely devoted to print photography, and the photographs of her collection fill volumes and are a testimony to her ability. She also painted, created professional quality flower arrangements and enjoyed gardening. Most of all, she was devoted to her family, friends, and community.

Mr. and Mrs. Crawford were founding members in 1965 of Saint Timothy's Episcopal Church, Greenfield Hill. A life-long Episcopalian, she was a member of the Altar Guild and a faithful attendee of the early morning service for 45 years, until her 2013 move to The Watermark.

A Celebration of Mrs. Crawford's Life will be held at Saint Timothy's Episcopal Church, 4670 Congress Street, Fairfield, followed by a reception and then Interment at Willowbrook Cemetery, Westport, CT, to be determined at a later date.

In lieu of flowers, donations in her memory may be given to Norwalk Hospital Volunteer Program and Saint Timothy's Episcopal Church.

Section 9, Plot B, Grave No. 1
Share A Memory
Plant a Tree